Excerpt:
"A lot of books are written about Michael Jackson and I do my best to read majority of them but to be honest not all those books excite me. While I can go without ever reading another Michael Jackson biography; I value the books that provide new information, new insights, and anecdotes from the people who were around Michael. It’s those books that help us understand Michael Jackson - the artist, the philanthropist, the person, the father- more.

Michael Jackson’s music and art has a special place for all of us. After all his music, dance and short videos are the reason why we became fans in the first place. While authors such as Joe Vogel, Chris Cadman, and Susan Fast have done commendable job in writing about Michael’s music, fans are still striving to find information about Michael Jackson’s unreleased and mostly unknown music. On Michael Jackson fan forums I have seen post after post trying to gather information about such songs.

Xscape Origins by Damien Shields sets to provide the very much sought after information about the songs on the posthumous Xscape album.  Now I know, posthumous albums are a controversial issue among fans and I’m not talking about contemporized versions of the songs. Even releasing original songs that Michael did not finish and release in his lifetime could be seen as a topic of debate among fans. However Xscape Origins goal is to provide the reader with the story of the creation of the songs on Xscape album.  As far as the Xscape Origins book goes, it doesn’t matter if you are for or against posthumous albums, it doesn’t matter if you prefer contemporized versions or the originals. The correct question to ask is “Do I want to know the story of these songs, learn about their creation history?” If your answer is “Yes”, Xscape Origins is the book for you."

Read the full article by Ivy, posted on DailyMichael.com

Excerpt:
"With the wave of posthumous interest in Michael Jackson subsiding, books about his life and legacy are becoming sparse – but also, on average, more carefully put together. New book “Xscape Origins” by Damien Shields deservs to be reviewed as it is dedicated to the subject that has long been almost elite in the realm of MJ-related press – Michael’s music.

In the Michael Jackson world, year 2014 was marked by the release of a collection, named Xscape, of eight previously unreleased Michael Jackson songs remixed by modern producers. The release was heavily promoted in the media and enjoyed commercial success.

Yet, the emphasis of the release as well as its promo campaign was noticeably shifted from Michael Jackson’s artistic work towards freshly made remixes of the songs. A documentary with producers speaking about how they reinvented the music of the deceased artist, a music video with strangers dancing to a duet that never happened, and a hologram of a Michael Jackson impersonator performing a re-written version of his song – all of it, ironically, had little to do with Michael and his genuine art.

For people like me, the admirers of Michael’s artistry and music (or, as we are called today, “purists”), the original versions of the songs were released on the Deluxe edition of the CD. Those eight compositions, eight hidden gems, were my cherished take-away from the Xscape project.

Today, almost a year after the release of the collection, I’m holding in my hands a book that shines the light on those gems and gives them proper attention. “Xscape Origins: The Songs and Stories Michael Jackson Left Behind” – a new book by Damien Shields – explores the history of the eight original tracks released on the Xscape collection."

"This article is a personal message to let all my readers and supporters know that I’ve just completed a brand new book (my first-ever book!) focusing on Michael Jackson’s creative process. The book is called Xscape Origins: The Songs and Stories Michael Jackson Left Behind. It’s available for pre-order NOW, and will be officially released on Tuesday, March 24, 2015.

Xscape Origins pieces together stories about the real Michael Jackson; the musical genius at work. As told by the songwriters, producers, musicians, and technicians who worked intimately with him in the studio, and featuring a touching foreword written by his longtime engineer Matt Forger, the book takes you inside the recording studio, delivering captivating fly-on-the-wall insights into the creative process of the greatest artistic visionary the world has ever known."

Read the full post by Damien Shields, posted on DamienShields.com

Excerpt:
"If the Xscape demos provided a tantalizing glimpse of Jackson's alchemy, Shields's book boots down the studio door and places the reader right there behind the mixing deck, providing a front row view of the star's process. And what a process it was, with the singer funding round-the-clock work by world class musicians and engineers, sometimes on and off for decades, to perfect each track before it could be released under his name.

In Shields's extensive interviews, Jackson's collaborators portray him as a tireless perfectionist; he had enjoyed a longer career by age 18 than most artists ever manage and was therefore determined that he would not waste more of his life recording unless he could produce something truly ground-breaking every time.

While exacting, Jackson appears typically childlike in many of the book's tales from the studio. In one, Jackson tells his producers off for not thinking far enough outside the box, asking what's stopping them from simply inventing a new musical instrument. In constant search of a new sonic experience, Jackson sets up a microphone on the floor and records himself splatting eggs. Another day, he sends his team to a junkyard to 'find me some new sounds'.

Jackson is like a musical mad professor, refusing to be constrained by tradition or accepted practice. That said, not all of the tracks are born of such wild sonic experiments. Some evolve from good, old-fashioned jam sessions, Jackson at one point busting his famous stage moves in the recording studio as he challenges his bassist to keep creating rhythms that make him want to dance.

These insights are invaluable. As Shields acknowledges in his opening pages, Jackson is arguably not always afforded the credit he deserves as a musician, in part because he largely refused to engage in any meaningful discussion of his work." 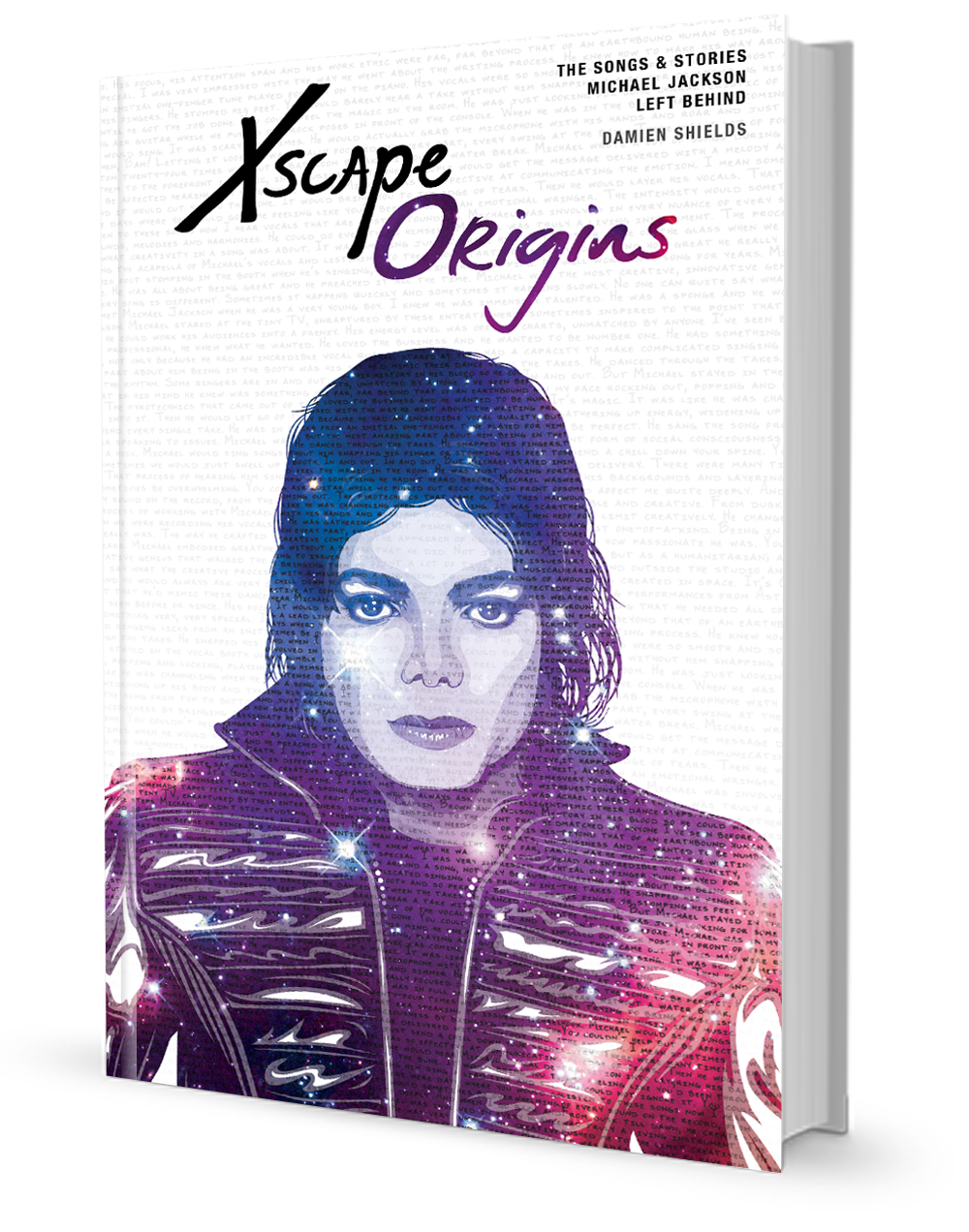